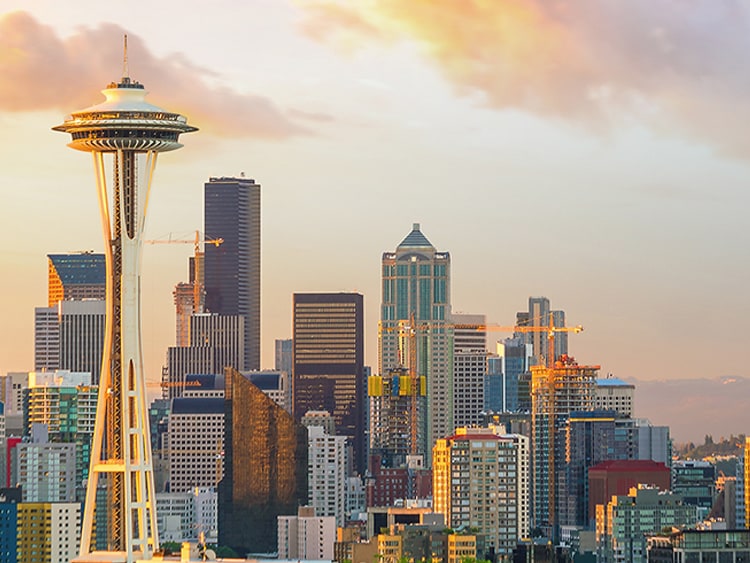 Protecting Your Rights,
Your Freedom and Your Future
Request Your Consultation

Washington’s Drug Offender Sentencing Alternative (“DOSA”) program provides substance use disorder treatment and community treatment to people with a substance use disorder who have committed certain crimes. A DOSA sentence reduces or eliminates the time a person must spend in jail or prison if they complete the treatment and comply with the supervision requirements. A defendant recently challenged a court’s denial of his request of a DOSA sentence.

At sentencing, the defendant asked for a prison-based Drug Offender Sentencing Alternative (“DOSA”), pursuant to RCW 9.94A.660, pointing to testimony from the alleged victim in which she responded “yes” to a question asking if the defendant used methamphetamine.  The court described this testimony as inadmissible and prejudicial.  The trial court noted that the defendant was facing three cases in a different county and had two prior convictions for violating court orders.

END_OF_DOCUMENT_TOKEN_TO_BE_REPLACED

Washington domestic violence cases often involve allegations the defendant took or damaged the alleged victim’s phone.  Taking a phone in such circumstances may result in charges of interfering with reporting domestic violence, but it can also result in theft charges.  Given the ever-increasing price of mobile phones, those theft charges can be very serious.  In a recent unpublished case, a defendant challenged his second degree theft conviction, arguing the state had failed to prove the value of the phone.

After their romantic relationship ended, the defendant’s ex-girlfriend obtained a no-contact order against him in July 2020.

According to the appeals court’s opinion, the defendant saw her in her truck in a grocery store parking lot, opened her door, threw a drink at her, and struck her multiple times.  He also took her phone and the phone of her male friend.  A witness called 911.

END_OF_DOCUMENT_TOKEN_TO_BE_REPLACED

The parties’ divorce was finalized in 2018.  The decree provided that the husband would pay the wife spousal maintenance for 10 years.  The maintenance provision was on a mandatory pattern form used between 2016 and 2019.  Under the termination section, it stated that maintenance would end on the death of either spouse or the remarriage or registration of a new domestic partnership of the spouse receiving maintenance unless a different date or event was stated below.  Directly below, it stated, “The husband shall pay maintenance for 10 years.”

The wife had been a stay-at-home mother during her marriage to the husband and was not currently employed. The husband earned about $140,000. The wife married someone earning approximately $215,000 per year in 2019.

END_OF_DOCUMENT_TOKEN_TO_BE_REPLACED

According to the court’s order, on the night of November 13, 2020, John hung out with another student, identified as Jane Roe, and some other friends in the common room of Jane’s suite.  John claimed he went back to his own place, but Jane messaged him asking him to come back at 2:00 a.m.

END_OF_DOCUMENT_TOKEN_TO_BE_REPLACED

According to the appeals Court’s opinion, the defendant’s husband left her in 2019 after more than 25 years of marriage.  He moved to his mother’s property and started dating another woman.  A few months later that woman moved in with him.

According to the opinion, the defendant told a friend she wanted to kill her husband, his mother, and his new girlfriend.  She told the friend she had been planning to do so. She said she would like for someone to make the murders appear to be a home invasion, but expressed that she would do it herself if necessary.

END_OF_DOCUMENT_TOKEN_TO_BE_REPLACED

Pursuant to RCW 43.43.754, individuals convicted of certain crimes and juvenile offenses in Washington must give a DNA sample.  Two juveniles recently challenged separate court orders requiring them to give DNA samples after they were granted deferred disposition. Each of the juveniles was charged with theft of a motor vehicle arising from separate incidents, with one of the juveniles having several additional charges.  They each appealed and their cases were consolidated before the Washington Supreme Court.

END_OF_DOCUMENT_TOKEN_TO_BE_REPLACED

In Washington, the Committed Intimate Relationship (“CIR”) doctrine protects the interests of certain unmarried individuals when they end a committed relationship. This doctrine assists in the resolution of property distribution when certain unmarried couples separate.  A CIR occurs when a couple has a marriage-like relationship but know that they are not lawfully married.  Courts consider certain factors to determine if a couple had a CIR, including the relationship’s length, its purpose, continuous cohabitation, pooling of resources and services, and the parties’ intent. Connell v. Francisco. In a recent Washington divorce case, the husband challenged the court’s characterization of certain property as separate by alleging the parties were engaged in a CIR prior to their marriage.

According to the appeals court’s unpublished opinion, the parties started dating in 2006 and moved in together in early 2009.  Each of them moved away for a while during the relationship.

The wife claimed their relationship was “rocky” because of infidelity, but both parties stated they never broke up while they were dating.

END_OF_DOCUMENT_TOKEN_TO_BE_REPLACED

A guilty plea by a Washington criminal defendant must be knowing, intelligent, and voluntary.  A plea can only be voluntary if the defendant understands both the nature of the charges against him or her and the consequences of pleading guilty.  The trial court must be “satisfied that there is a factual basis for the plea.” CrR 4.2.

A defendant recently challenged his guilty plea, arguing there was not a sufficient factual basis for the sentencing enhancement.  According to the appeals court’s unpublished opinion, the defendant pleaded guilty to first degree manslaughter with a deadly weapon sentencing enhancement.  The defendant gave a brief statement of guilt stating he “acted recklessly and caused the death of [the victim],” with no mention of a deadly weapon. Although there was a box on the form to indicate the defendant did not make a statement and had agreed the court could review other documents for the factual basis, it was not checked.

The trial court accepted the plea.  The defendant was sentenced to 158 months, increased to 182 months with the sentencing enhancement.

END_OF_DOCUMENT_TOKEN_TO_BE_REPLACED

Suspension or expulsion after a finding of sexual misconduct in a Title IX investigation can permanently affect a person’s professional opportunities and future.  In some cases, students have been successful in enjoining the school from enforcing such disciplinary action pending a lawsuit, but a New Hampshire federal court recently denied a plaintiff’s motion for a preliminary injunction.

According to the court order, the plaintiff and his roommate were fourth-year medical students when the incident occurred.  On July 11, 2020, they both fell asleep on the sofa watching a movie after eating and drinking together. According to both men, the plaintiff performed oral sex on the roommate, but the events leading up to that act were in dispute.  The roommate alleged that he woke up with his underwear down and the plaintiff caressing him.  The plaintiff alleged that he was “blacked out” and the roommate woke him up with his genitals exposed.  Neither party filed a complaint immediately after the incident.

Soon after the incident, the plaintiff decided to take an unrelated leave of absence from school.

END_OF_DOCUMENT_TOKEN_TO_BE_REPLACED

According to the appeals court’s unpublished opinion, the defendant entered a guilty plea to violating a protection order in 1992.  The county clerk’s office destroyed most of the related records since then.  In 2019, the only record left was a seven-page document titled “DOCKET.” This document contained clerk entries related to the prosecution of that case.

In 2019, the district court in another county entered a no-contact order prohibiting the defendant from contacting his girlfriend.  He was later charged with three counts of felony violation of a no-contact order based on alleged calls he made to her from jail.  He was charged with felonies based on the state’s allegations he had two previous convictions for violating an order.  If he did not have prior convictions, the alleged violations would just be misdemeanors instead of felonies.