In a Washington negligence case, the plaintiff must prove the defendant breached a duty of care and that the breach was the proximate cause of the plaintiff’s injury.  Generally, there is not a duty for one person to prevent someone else from causing injury to another person, but there may be a duty if there is a special relationship.  School districts, due to the custodial relationship with their students, may have a duty to take reasonable steps to prevent a reasonably foreseeable harm to their students.

In a recent case, a personal representative sued a school district after a high school student was killed in an accident off campus.  A physical education teacher took the class for a walk off campus.  The school had policies requiring teachers to get parental or guardian permission before taking students off campus for an excursion or field trip.  The teacher did not follow those policies, but the defendants argued they were not applicable to the walk off campus.  The teacher claimed the principal had approved him taking the class off campus, but there was conflicting information regarding exactly what the principal knew.

The teacher did not get any additional adult supervision.  He walked with the students on the sidewalk beyond the school safety zone.  The speed limit was up to 40 miles per hour.  Some of the students were up to 200 meters away from the teacher at times.  The appeals court’s opinion stated students were “explicitly granted permission” to cross the street outside the designated crosswalks.

END_OF_DOCUMENT_TOKEN_TO_BE_REPLACED

When a person slips and falls in an office building, it is important to ascertain who may be liable.  Multiple tenants, a property management company, building owners, and even some vendors contracted to do certain work may have some responsibility.  Liability may depend in part on the leases, contracts, and business arrangements among the potential defendants.  In a recent case, a plaintiff challenged summary judgment in favor of two defendants.

The plaintiff slipped and fell down some stairs outside her acupuncturist’s office.  The acupuncturist’s office was in a rented room on the second floor of a house with multiple tenants.  The written lease was expired, and named just one tenant. The named tenant had moved out, and one of the other tenants collected rent from the others.

The patient sued the acupuncturist, the named tenant, the building’s owners, and other defendants for damages related to her injuries from the fall.  The trial court found the acupuncturist and the named tenant did not owe the plaintiff a duty of care with respect to the stairs in the common area.  The court granted summary judgment in favor of those defendants.  The plaintiff appealed.

END_OF_DOCUMENT_TOKEN_TO_BE_REPLACED

A dog owner is generally strictly liable for injuries resulting from a Washington dog bite if the person who was bitten was in a public place or lawfully in a private place, including the dog owner’s property.  This strict liability statute applies only when the dog bites a person.  Where there is no dog bite, strict liability does not apply.

END_OF_DOCUMENT_TOKEN_TO_BE_REPLACED

When a person is injured by someone else’s negligence in a Washington automobile accident, he or she may want to seek compensation from the negligent party.  In some cases, however, the negligent party may not have sufficient insurance or may be unidentified.  In such cases, the injured person may seek recovery from his or her own uninsured or underinsured motorist coverage.  If the insurance company denies the claim, the injured person may have to sue his or her own insurance company.

In a recent case, a man challenged the dismissal of claims against his insurer.  The plaintiff was injured while riding his bicycle.  There were no witnesses. The plaintiff cannot remember the accident, but believes he was hit by an automobile.  He suffered a traumatic brain injury and was in the hospital for 10 days.  He reported the accident to his automobile insurer.  The insurer denied his underinsured motorist (UIM) claim because it did not find evidence he was hit by a vehicle.  The insurer reopened the claim after being contacted by the plaintiff’s attorney, but denied it again.  The plaintiff sued his insurer for breach of contract, negligence, and violations of the Insurance Fair Conduct Act and the Consumer Protection Act.

The insurer moved for summary judgment, arguing the plaintiff failed to raise a genuine issue of material fact regarding whether he had been hit by a vehicle.  The insurer also argued his other claims were barred by the statute of limitations. The trial court granted the motion, and the plaintiff appealed.

END_OF_DOCUMENT_TOKEN_TO_BE_REPLACED

The plaintiff in a negligence case generally must prove all four elements of negligence.  In some rare cases, however, a Washington personal injury defendant may not have to prove the negligence elements based on the doctrine of res ipsa loquitur.  Res ipsa loquitur is a doctrine that allows plaintiffs to succeed on a negligence claim without proving a specific act of negligence in certain circumstances.  The plaintiff must show that the accident that resulted in the injury is a type that does not ordinarily occur absent negligence, that the injury was caused by something within the defendants’ exclusive control, and that the plaintiff did not contribute to the accident.

The plaintiff sustained a punctured lung, torn spleen, and other injuries.  The friend later told the plaintiff he did not know what happened.  He turned his back and the next thing he knew, the plaintiff was on the ground.

END_OF_DOCUMENT_TOKEN_TO_BE_REPLACED

The Department of Corrections (DOC) has a duty to supervise offenders who are released on supervised probation.  The DOC is generally not liable for Washington personal injuries caused by a probationer, unless it acts with gross negligence in supervising him or her.  To show gross negligence, a plaintiff must show that the DOC substantially breached its duties and acted without even slight care.

The Washington Supreme Court recently considered whether the DOC was liable for the murder of a woman by a man on probation.

According to the Court’s opinion, the probationer received a suspended sentence in 2010 for misdemeanor violation of a court order that prohibited him from contacting the victim, on the condition he serve 180 days in jail and 24 months’ probation. He physically assaulted and threatened to kill the victim in 2011, resulting in a guilty plea to misdemeanor assault and felony harassment.  This sentence also included 24 months of probation.  The court ordered a number of conditions, including prohibiting contact with the victim.

END_OF_DOCUMENT_TOKEN_TO_BE_REPLACED

When parents send their children to school, they expect the school to supervise and care for the children.  They do not anticipate a child being seriously injured at school.  Parents may think the school has a heightened duty of care toward the students in its care, but that may not be the case, as recently found by the Washington Supreme Court.

According to the Court’s opinion, the plaintiff was injured in her high school woodshop class while using a radial table saw.  She had been using a push stick to guide a board through the saw, but the board got stuck and she tried to dislodge it with her hand.  Her thumb was severely cut, ultimately resulting in a partial amputation.

END_OF_DOCUMENT_TOKEN_TO_BE_REPLACED

Sometimes an accident victim does not know the exact cause of the accident.  They may not have seen what happened, or in some cases, the injuries may cause a loss of memory.  A lack of memory can make a case very difficult, but Washington personal injury attorneys know that the difficulty may be overcome if there is other evidence showing the defendant’s liability.

A lack of memory was at issue in a recent case.  The plaintiff suffered a head injury after falling while leaving a store.  She filed suit against the tenant and the landlord of the store for failing to maintain safe premises.  The trial court granted summary judgment in favor of the defendants, and the plaintiff appealed.

The plaintiff could not remember what caused her to lose her footing.  The appeals court viewed the evidence in favor of the plaintiff.  According to the record, there were three concrete steps, measuring 76 inches across the top step.  There was a 37-inch wide plywood ramp over the stairs for wheelchair use.  The ramp had a raised edge on either side, about an inch wide and two inches high.  There were no handrails.

END_OF_DOCUMENT_TOKEN_TO_BE_REPLACED 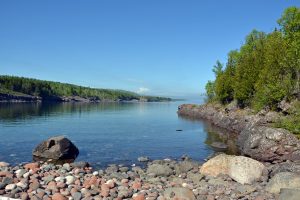 According to the appeals court’s opinion, an eight-year-old girl drowned while camping as part of a youth group.  The landowner allowed the group to camp on the property for free for several years.  The property was near a lake, and four counselors took 15 children swimming at a cove on the lake.  To get to the cove, the group walked from the campsite across property owned by the federal government.  The appeals court described the victim as a “non-swimmer.” According to the opinion, the counselors lost track of her while caring for another child.  A search and rescue team found her body the next day.

END_OF_DOCUMENT_TOKEN_TO_BE_REPLACED

According to the appeal court’s opinion, the defendant rear-ended the plaintiff’s vehicle.  The plaintiff went to a chiropractor who found she had a ligament injury as a result of the accident.  The chiropractor also found the injury was permanent.

The plaintiff filed suit and the defendant admitted liability, leaving only damages at issue for trial.  According to the opinion, the plaintiff worked as a licensed practical nurse.  She testified she had talked with her colleagues about her treatment options.  She did not want to take medications that would interfere with her work, or to have surgery or injections.  She testified the chiropractic treatments helped manage her pain.  She also testified that immobilization was no longer recommended and that no one she talked to recommended it to her.