When a court grants a Washington domestic violence protection order for a fixed period of time, the petitioner may seek a renewal up to three months before it expires.  A petition for renewal should be granted unless the respondent shows he or she will not resume domestic violence upon the expiration of the protection order.  The respondent must make this showing by a preponderance of the evidence. RCW 26.50.060.

In a recent case, a mother challenged the denial of renewal of an order of protection.  The court had originally granted her a one-year domestic violence protection order against her children’s father protecting the mother and their two children.  The trial court found the father had harmed one of the kids and the mother was afraid for their safety.  The father was prohibited from abusing the mother and children.  The children were subject of a dependency proceeding, so the father’s contact with them was subject to the custody of the Department of Children, Youth and Families.

The mother petitioned to renew the protection order.  She claimed the father scratched the children during his visitation with them. The trial court held a hearing where the mother, her mother, a polygraph examiner, and a Department of Children, Youth and Families social worker testified. Other evidence included a letter and a report from the Department of Children, Youth and Families.

END_OF_DOCUMENT_TOKEN_TO_BE_REPLACED

Washington criminal defendants have a right to confront the witnesses against them pursuant to the Confrontation Clause of the Sixth Amendment to the U.S. Constitution. This means a defendant generally has the right to cross-examine witnesses who provide testimonial evidence against the defendant  at trial.  In cases involving charges related to domestic violence or violation of a no-contact order, victims may not want to testify. In a recent case, a defendant challenged his convictions after body camera footage and a 911 recording were presented at trial.

The mother of defendant’s children called 911 and asked for help, stating “He keeps following me!” There was also a male voice on the recording, saying “Give me the phone.”  When police arrived, the children’s mother told them there was a no-contact order.  She said the defendant had been pushed her, threatened to kill her, and stole her phone.

The police found the defendant a short distance away.  He had a phone in his possession.

END_OF_DOCUMENT_TOKEN_TO_BE_REPLACED

The defendant and his wife separated after 10 years of marriage.  When they separated, they lived in a trailer on the wife’s parents’ property, and she remained there after the separation.  A domestic violence no-contact order was issued against the defendant prohibiting him from keeping his wife under surveillance.  The defendant was convicted of violating the no-contact order twice before the events that led to this case.

The defendant asked a deputy to perform a welfare check on the animals at his wife’s trailer.  After learning a friend was caring for the animals, the deputy asked why the defendant was concerned about the animals.  He told her a code enforcement officer told him he issued a letter prohibiting the wife from living in the trailer.

END_OF_DOCUMENT_TOKEN_TO_BE_REPLACED

Each party petitioned for a domestic violence protection order (DVPO) as part of the divorce proceeding.  The court reissued the father’s temporary restraining order, but removed the children from it.  It also reissued the mother’s temporary DVPO.  The court granted the mother weekend residential time with the children and appointed a guardian ad litem.

END_OF_DOCUMENT_TOKEN_TO_BE_REPLACED

Article I, section 7 of the Washington State Constitution provides individuals a privacy right that is greater than the protection provided by the Fourth Amendment to the U.S. Constitution.  A search occurs under article I, section 7, when the government disturbs a citizen’s privacy interests that the citizen should be entitled to have safe from government interference without a warrant.  Courts consider the nature and extent of the information the government may obtain through its conduct.  An officer observing something through his or her own senses is not a search under this section, if the officer is in a location he or she is lawfully allowed to be.  Officers may use tools that enhance their natural senses, such as binoculars or flashlights, but equipment that does more than enhance the senses may require a warrant.  Law enforcement needs a warrant to use infrared thermal devices to observe heat patterns in a home or to track a private vehicle with a GPS device.

In a recent case, a defendant challenged his conviction of two counts of felony violation of a domestic violence no-contact order that involved video surveillance evidence.  He had previously pleaded guilty to misdemeanor counts of violation of a domestic violence no-contact order under a previous order.  According to the appeals court’s opinion, a detective initiated an investigation after an investigator with the Prosecuting Attorney’s Office encountered the defendant in the parking lot of his wife’s apartment building.  The detective had surveillance cameras installed on a telephone pole.  In the videos, she saw someone she believed to be the defendant walking toward the defendant’s wife’s apartment.  The police then obtained a search warrant.  When they executed the warrant, they found the defendant standing outside an open window.  They also found his mail and clothes in the bedroom.  He was arrested and charged with residential burglary and two counts of felony violation of a domestic violence order.

The defendant sought to suppress the video surveillance evidence, arguing the police violated his rights under both article I, section 7, and the Fourth Amendment.  He also argued the police were not allowed to install the surveillance cameras on telephone poles.  The trial court found the cameras were directed to public areas and the parking lot, not the defendant’s wife’s apartment.  The court also found the defendant did not have standing to raise the telephone pole issue.  The trial court denied the defendant’s motion to suppress the video evidence.

END_OF_DOCUMENT_TOKEN_TO_BE_REPLACED

According to the appeals court’s opinion, the defendant’s wife called 911 in February 2017 and reported that the defendant had assaulted her.  The defendant told the responding officer that his wife had assaulted him at her home.  He acknowledged there was a no-contact order that prohibited him from contacting his wife, but stated he thought it had expired.

END_OF_DOCUMENT_TOKEN_TO_BE_REPLACED

In many Washington domestic violence cases, a person faces criminal charges as well as a petition for a civil protection order.  When there are “parallel” civil and criminal proceedings, there would be a risk that the criminal defendant may be compelled to incriminate himself or herself in the civil proceedings if not for the protections of the Fifth Amendment.  In addition to protecting the defendant during the criminal trial, the Fifth Amendment also allows a person to refuse to answer official questions in other proceedings if the answer might tend to incriminate the person in future criminal proceedings.  Washington courts do not automatically delay the civil case until the criminal case is over.  Instead, they apply a balancing test based on several factors identified in King v. Olympic Pipeline Company, LLC to determine if the civil case should be stayed.

King was a wrongful death case following a pipeline rupture that resulted in a fire that killed three people.  A criminal investigation focused partly on some of the defendants.  Those defendants sought a limited partial stay of discovery in the civil case to preserve their Fifth Amendment right and the right to fully defend themselves in the civil case.  The trial court denied their motion and the appeals court reviewed.

The Washington Appeals Court adopted factors considered by federal courts in parallel proceedings, noting that it was not necessarily an exhaustive list.  The court must balance the factors in light of the circumstances and competing interests of the case.

END_OF_DOCUMENT_TOKEN_TO_BE_REPLACED

Violation of a Washington no-contact order is generally a gross misdemeanor.  In some circumstances, however, it can be elevated to a class C felony if the violation includes an assault.  Defense of property can be an affirmative defense to assault.  The Washington Supreme Court has recently reviewed a case in which the defendant sought a jury instruction on defense of property as an affirmative defense to felony violation of a no-contact order.

According to the Court’s opinion, the defendant checked his car after thinking he saw someone near it.  His phone and other items were missing.  The defendant saw his former girlfriend walking down the street.  There was a no-contact order prohibiting the defendant from coming near or having any contact with her at the time.  He followed her and tried to take her purse to retrieve his phone. A witness testified to seeing a man hit a woman, then lift her off the ground and slam her back down.  According to the appeal court’s opinion, the defendant denied hitting her.

The defendant was charged with felony violation of a no-contact order predicated on assault. He requested a jury instruction on defense of property.  The judge, however, found he “was acting offensively, not defensively…” and was not entitled to the instruction.  The jury convicted the defendant, and he appealed, arguing he had been improperly denied the jury instruction.  The appeals court affirmed, finding the defendant was not entitled to the defense because he used force to try to recover the property, not prevent its theft.

END_OF_DOCUMENT_TOKEN_TO_BE_REPLACED 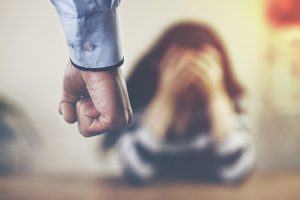 When a court sentences a defendant to community custody in a Washington criminal case, there are some conditions the court must impose and others that the court may impose in the court’s discretion.  These conditions are set forth in RCW 9.94A.703.  Pursuant to the statute, the court may require an offender to “[p]articipate in crime-related treatment or counseling services” or “in rehabilitative programs” that are reasonably related to the offense, the risk of reoffending, or community safety.  Additionally, a court may order an offender convicted of a domestic violence crime to participate in a domestic violence perpetrator program, if either the offender or the victim have a minor child.

In a recent case, a defendant challenged the imposition of domestic violence treatment.  The defendant was convicted of second degree assault, unlawful imprisonment, and felony harassment of his former girlfriend.  The jury found the defendant and the victim were members of the same family or household.